In 2016, Pathé moved to belgium with 4 cinemas in wallonia. For the opening of their firsts multiplexes, Pathé wanted a website that could support the ambition of the multiple locations of their theatres as well as allow future developments into a complete cinema group platform. 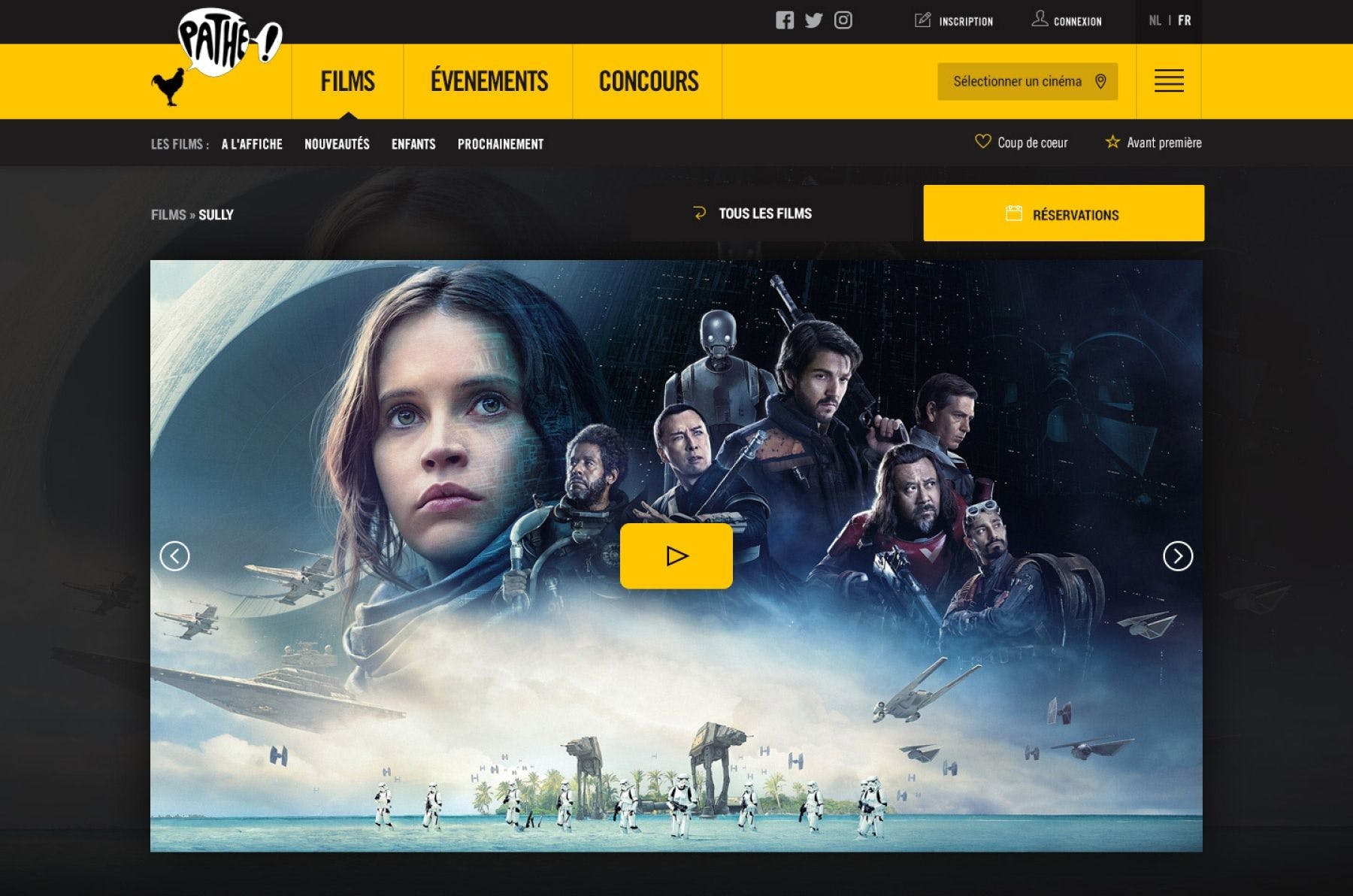 We had the chance to test the group's reservation systems in UK, France, Spain, Holland and Switzerland,
The study showed us patterns that we illustrated in an organised layout on the day's schedule.
Each schedule and film version is illustrated on a timeline, which allows the visitor to choose a film, a schedule and a version in a single click. 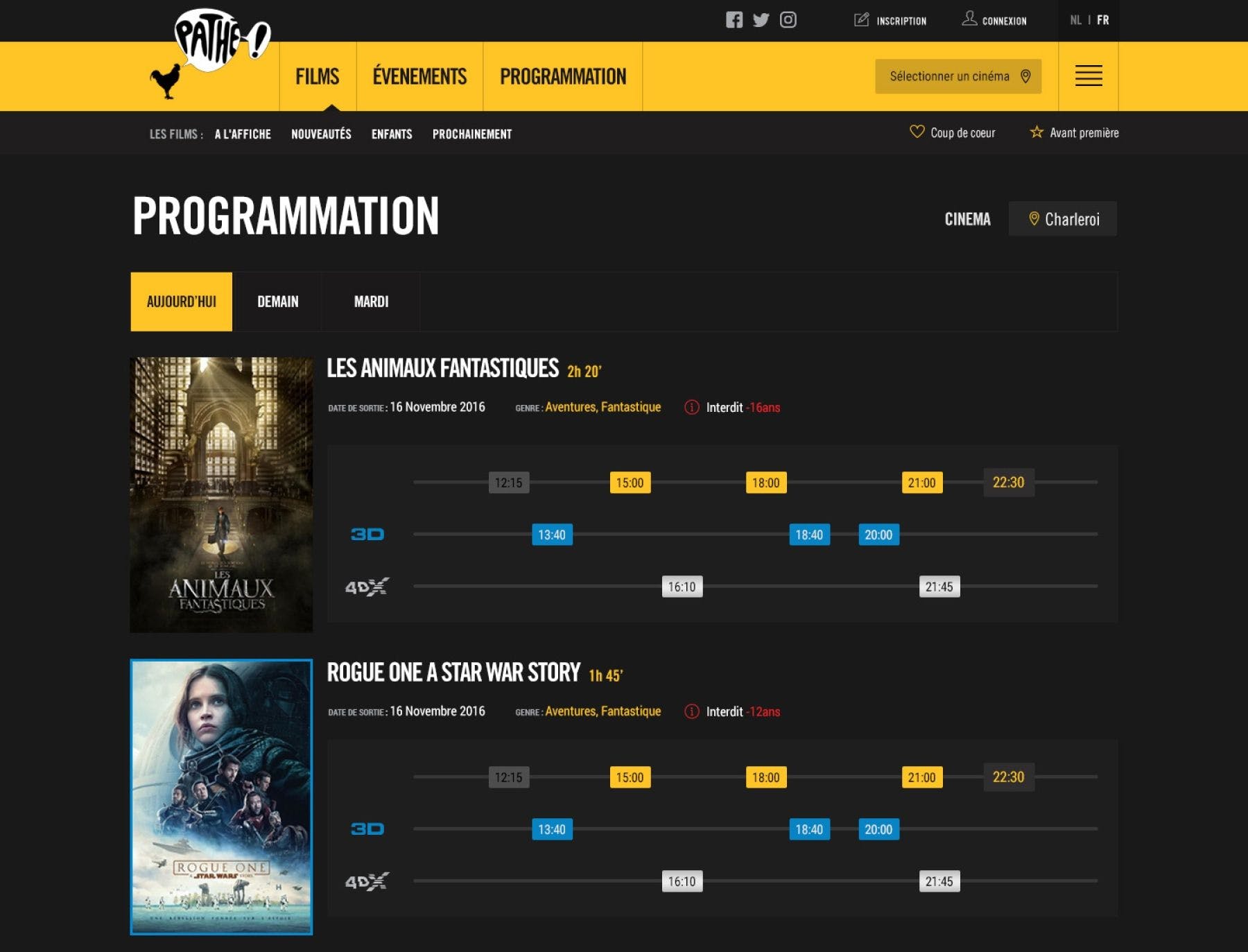 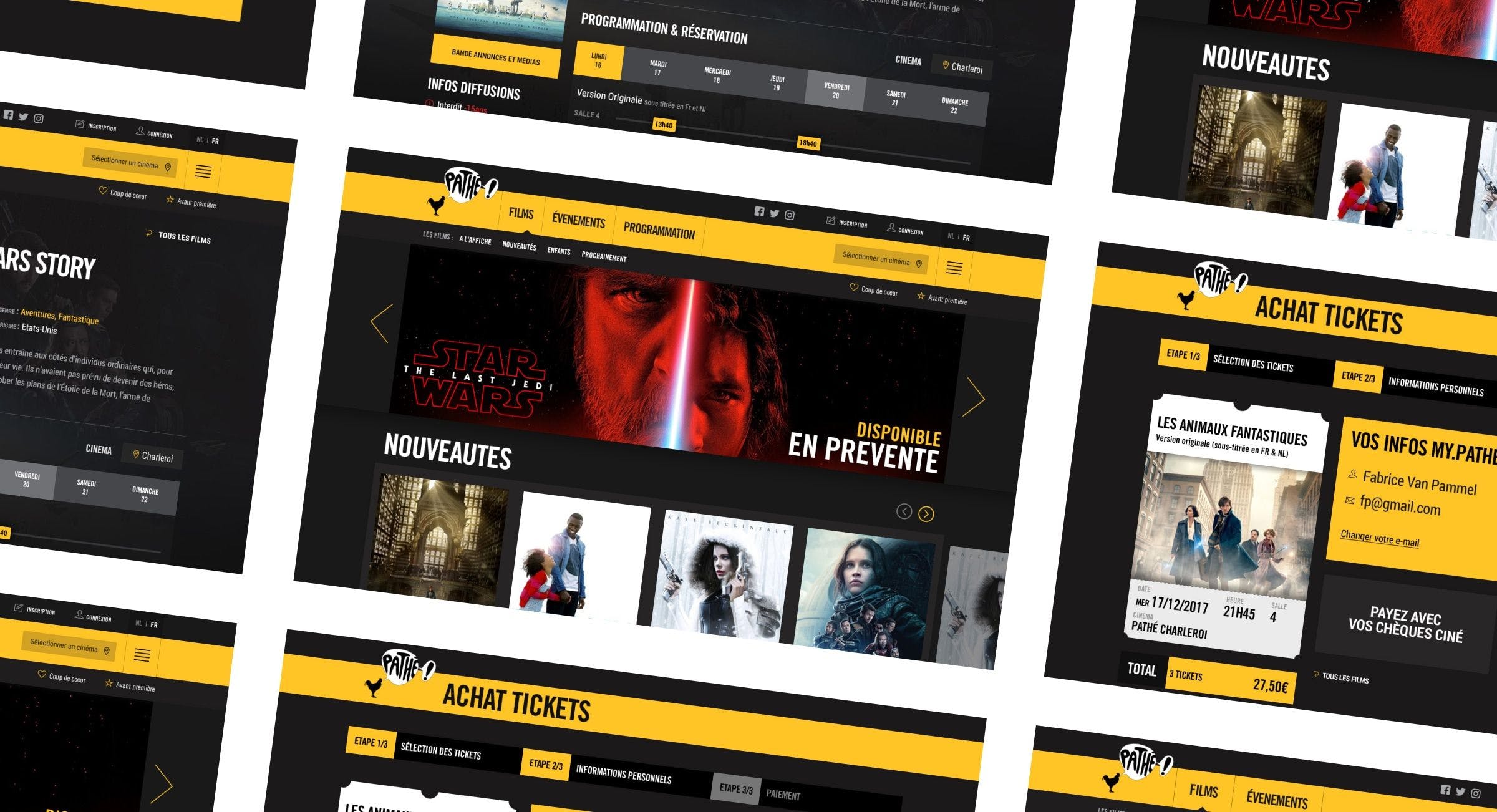 After analyzing the existing traffic (80% mobiles / 20% desktop) we started on a mobile-first approach. And since we’re starting the design from the smallest screen to the biggest, we also decided to use an atomic design strategy. 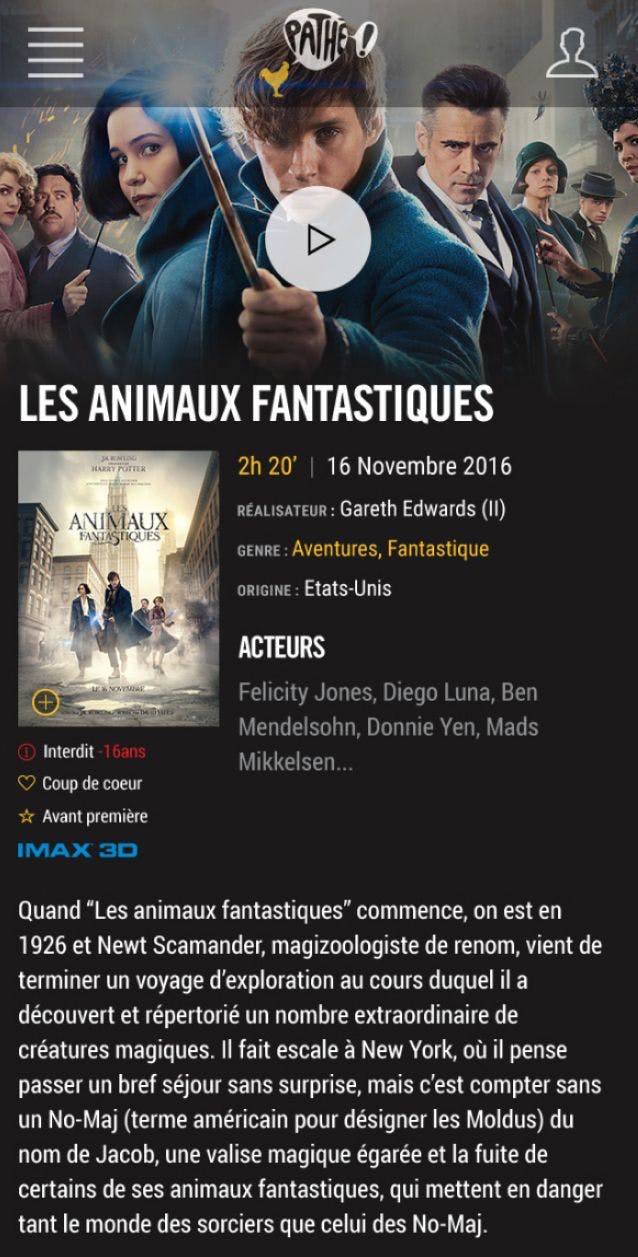 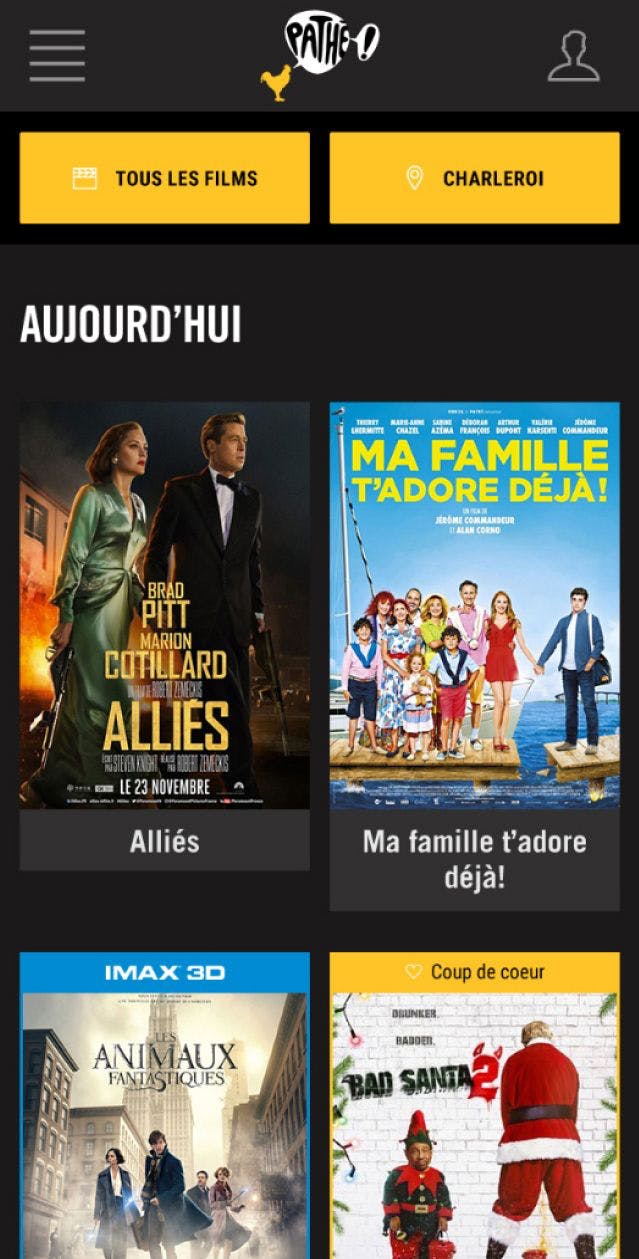 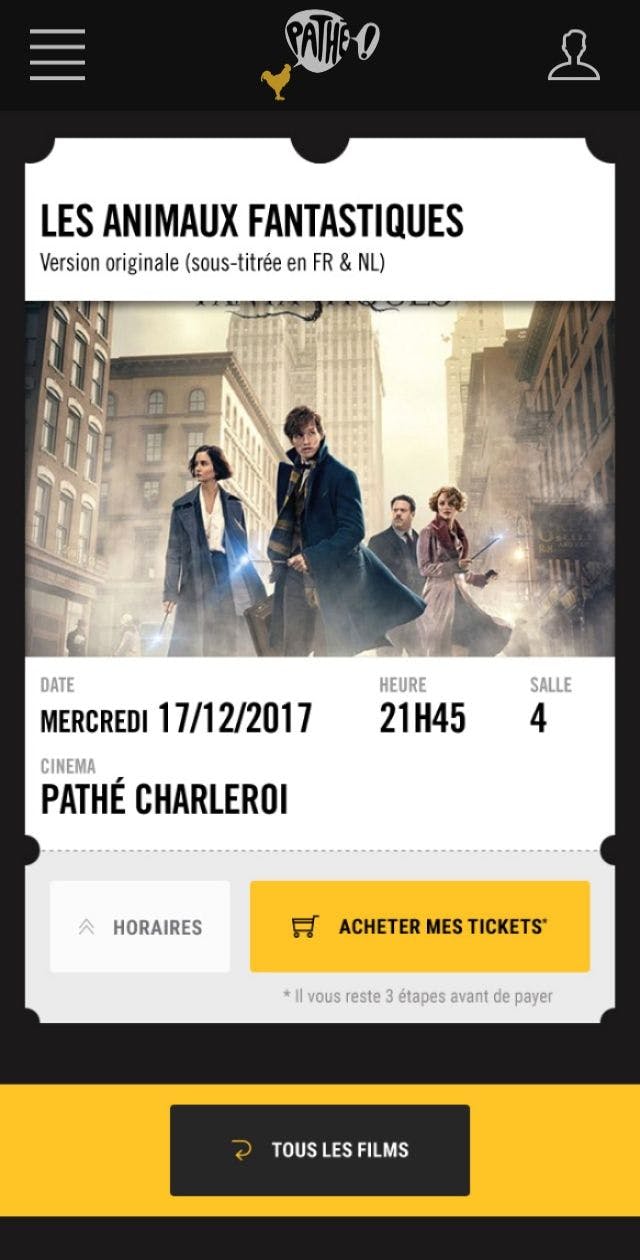